What are the benefits of getting up early? Why join the 5am club and what’s all the hype about? We know that getting up early has multiple benefits. Statistics say that those who rise early and sleep before 10pm are far less likely to fall into poor eating patterns, sleep patterns, work patterns and bad habits throughout the day! The difference early starts can make to productivity, organisation and overall happiness is far greater than meets the eye. Read on to find out more…

EXERCISING IN THE MORNING IS GREAT FOR HEALTH

We may not all be morning people, but it has been proven that exercising in the morning helps you sleep better at night and enables you to make better use of the day. Cortisol should peak between 6-8am in the morning to set us up for activity and productivity, and getting an early cortisol hit can be as simple as a short bout of exercise and then a healthy breakfast which includes protein, carbs and fat (think eggs on toast with spinach and avocado, or a protein smoothie including nuts).

Simply increasing your blood flow earlier in the day can help sharpen your mind and help you focus. Most people who are up early will be more productive throughout the day.

Some great options that work well for early risers include yoga or Pilates, or just some light stretching or mobility work to set you off to a good start. Others choose more intense training, but it doesn’t have to be exclusively this.

THE BENEFITS OF WAKING UP EARLY:

Even if you prefer to do your main sessions in the evening or at lunchtime, because you feel stronger then, still try either a light walk or cycling to work, to get your body moving in the morning.

Often major competitions and races, for example, Olympic finals and other sporting events, are scheduled later in the day – not only because of viewings, but because performance potential can be greater at night. Most records are set later on in the day.

Almost all athletes who are performing or competing in evening events or matches or will still do some lighter form of training earlier in the day. This will help their bodies warm up and stay mobilised for when they compete.

So, even if you are exercising most intensely later in the day, it’s still a good idea to get up early and get moving.

HOW MUCH SLEEP DO I NEED?

They say that the hours before midnight count as double. And the earlier one goes to bed, the easier it will be to get up early!

So if you are waking up at 5am, you still need a good 7-9 hours’ sleep. This means hitting the sack at around 8-10pm. One great way to help you go to bed earlier is to set a bedtime reminder for half an hour before you go to bed. Stick to the reminder and start getting ready to wind down.

The quality of your sleep is important too. Some small things you can do, which make a big difference to this include: creating a cool environment to sleep in, staying away from blue light or smart devices for up to two hours before sleeping, meditating or reading before bed, journaling, doing some light stretching or simply having a warm shower or relaxing bath.

By establishing a good sleep routine as well as good sleep hygiene, you will find your mood improves, your overall energy levels improve, and your body soon settles into a great rhythm.

OTHER BENEFITS OF WAKING UP EARLY

Waking up early in a hot climate, such as ours here in Australia, has the added benefit of keeping you out of the heat of the day and reducing your risk of too much sun exposure. As athletes, we are often outdoors training and, most days, we definitely get a good dose of vitamin D.

However, incidents of skin cancer in Australia are some of the highest in the world, so staying out of that midday heat certainly has its benefits.

SOME TIPS FOR THOSE WHO WORK LATE OR STRUGGLE WITH SLEEP

Many of us have evening commitments, training sessions or even work later in the day, which can make it hard to switch off and get that much needed early night.

If you are someone who likes to sleep late, whether it be due to your schedule, or simply as a result of personal preference, it can still be beneficial to wake up early and exercise for all the above reasons.

A short 20-minute power nap during the day can boost your energy levels and replace some of the sleep lost in the evening. Corporate workplaces are starting to bring these into their employees’ schedules, as the benefits are increasingly being noted.

Bear in mind that cumulative sleep deprivation has its effects on mental, physical and emotional health, so do your best not to burn the candle at both ends. Where possible, adapt your schedule to suit your preferences too, as working late or enjoying the odd late night needn’t get in your way either.

trY THESE Bindi Products for GOOD SLEEP AND GENERAL HEALTH: 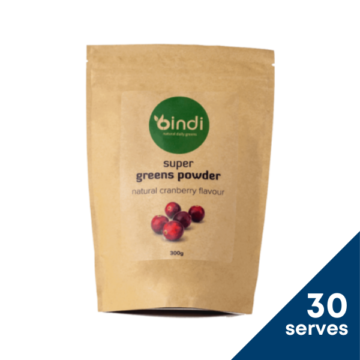