Michelle is literally mad about running. Having only started running in her early 40s, she has gone from 5km parkruns to training for her first 50km ultrarun! Michelle is heavily involved in the running community and simply adores the people she shares her love of running with.

An ambassador for parkrun Australia as well as Running Mums Australia, Michelle has certainly found her feet in the sport and now has a plethora of marathons, half marathons and trail runs under her belt. Her enthusiasm and energy are contagious, and they show how, with these two traits, anything is possible.

Hi, I am Michelle, a mum of three now grown-up kids, based in Adelaide, in South Australia. I sold my business and retired two years ago and before I knew it, I had replaced the hours spent working with hours spent involved in the running community!

If you looked at my life ten years ago, it was completely different to what it is now. It has been a complete transformation going down the path of endurance sport and early starts. Running and organising events now take up my days.

HOW DID YOU GET INTO Running?

Dipping my toe into my running journey began with ticking off a lifetime bucket list item, the Adelaide City to Bay 12km. This was back in 2016 and it was also the year my daughter turned 18.

I was so scared to run 12km, so I really had to ignore all my doubts and tell myself to just do it. It was a turning point when I realised everything was ok and that it was actually quite fun.

I had never run anything like it in my life, and I wanted to prove a point to myself by joining up for the event with my gym team. It was a massive leap of faith for me, and I jumped in wholeheartedly.

After that, the bug had taken a big bite. So, I registered for parkrun one month later. It enabled me to meet more and more women from Running Mums Australia. Listening to their stories of long runs and marathons felt like I was entering a completely different world to what I knew. They really inspired me, and I hope I can do the same for others with my roles within the running community now.

HOW DID YOU GO FROM RUNNING PARK RUNS TO MARATHONS AND ULTRA EVENTS?

I won an entry into the Perth marathon in 2017 with 6 weeks to prepare. I was 42 years of age and, at the thought of running 42kms, I naively asked, “How hard can it be?”

Then I got serious about things and began to learn and explore long distance running with all of the running friends I had met. I was asked to be South Australian RMA (Running Mums Australia) Community Ambassador in 2019, then later ran my second marathon in Chester, England.

My third marathon was on Kangaroo Island in 2021 and later that year I did my longest trail run, which was 28km and part of the Heysen105 in South Australia. I have also run the Hobart Half Marathon and am looking forward to running in more exciting places and meeting more amazing people along the way.

My A race this year is UTA50 in May, which I am anxiously looking forward to. I have never run in the Blue Mountains and cannot wait to be part of the event. Training is well under way, and I am excited about entering my first ultra-running event.

My longest trail event to date was about 28km and was over a year ago. I find the trails and hills completely different to the road, so it will be a good way to blow out the cobwebs.

TELL US ABOUT YOUR ROLES WITH PARK RUN AND RUNNING MUMS AUSTRALIA?

Running Mums Australia is a community-type group of women and females around Australia. It was started a few years ago by Nicole Bunyon in Sydney, who, as a mum, had just started running and wanted to find support with other mothers in the same situation.

RMA is now a national online community of people who you can go to and ask any questions about running, training, racing or simply shoes and clothing! There are always women who can point you in the right direction.

It is awesome being part of the community and seeing RMA t-shirts at events too, I have met so many people through the organisation.

For parkrun I am an Event Ambassador in South Australia. There are now 42 runs across the state and each ambassador takes responsibility for 5-6. We are the first point of call from an organisation point of view.

As well as co-ordinating existing parkruns, I have also helped start out two new parkruns. I am able to travel around South Australia and see all the runs around the state. I love to spread the word of parkrun, as it is the best free 5km you can do.

The roles I hold with parkrun Australia and Running Mums Australia have given me such an opportunity to speak up and help empower all sorts of ‘normal’ people.

I am very lucky to have met a tribe of women that are the biggest enablers I have ever met. I have learnt that just suggesting something once can sometimes be the catalyst to enormous change.

I say quite often that other people tend to have a much greater confidence in our abilities than we do, we just have to listen to them.

WHAT MOTIVATES YOU TO GET UP EACH DAY AND RUN?

I still want to be running when I am older, as I will be in my 50s soon. So, longevity and taking a long-term approach are crucial.

Having an event coming up also motivates me. I just love the people that you meet at every event and seeing the variety of reasons why people are there. Most aren’t there to win, but simply to enjoy the journey.

I also know that one day I won’t be able to run as much as I do now, and that there are a lot of people who can’t, so want to be grateful for the fact that I can.

WHY DID YOU CHOOSE BINDI?

When you start off in endurance sports, I feel like you try everything. You soon discover what works and what doesn’t. I personally prefer not to eat solid foods while running. So when I found a liquid electrolyte and carbohydrate formula in England while racing in Chester, which I really liked, I was determined to find the same here in Australia! I know I sweat a lot, so the concept was perfect and once I found Bindi, I knew I’d found what I was looking for.

When I find something that works, I stick with it!

I have also learnt that protein for fuelling after is something that is really important too, so the Pea Protein is ideal. Thank you, Bindi. 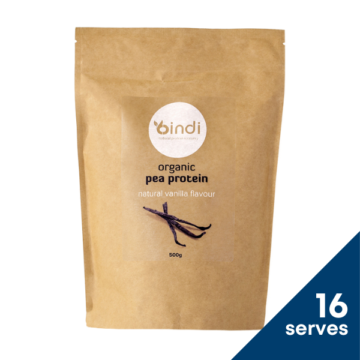 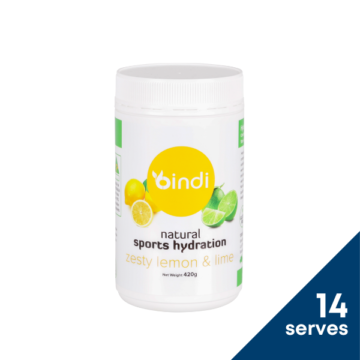 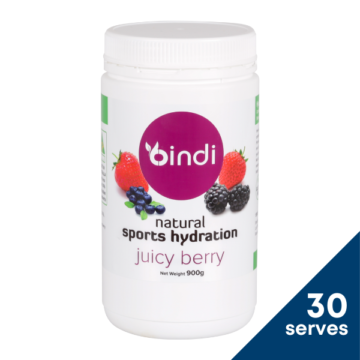 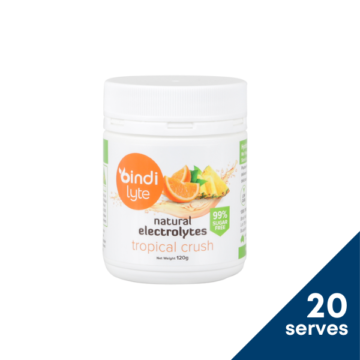 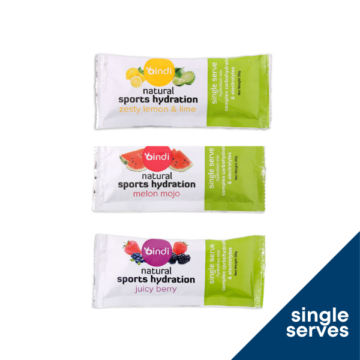